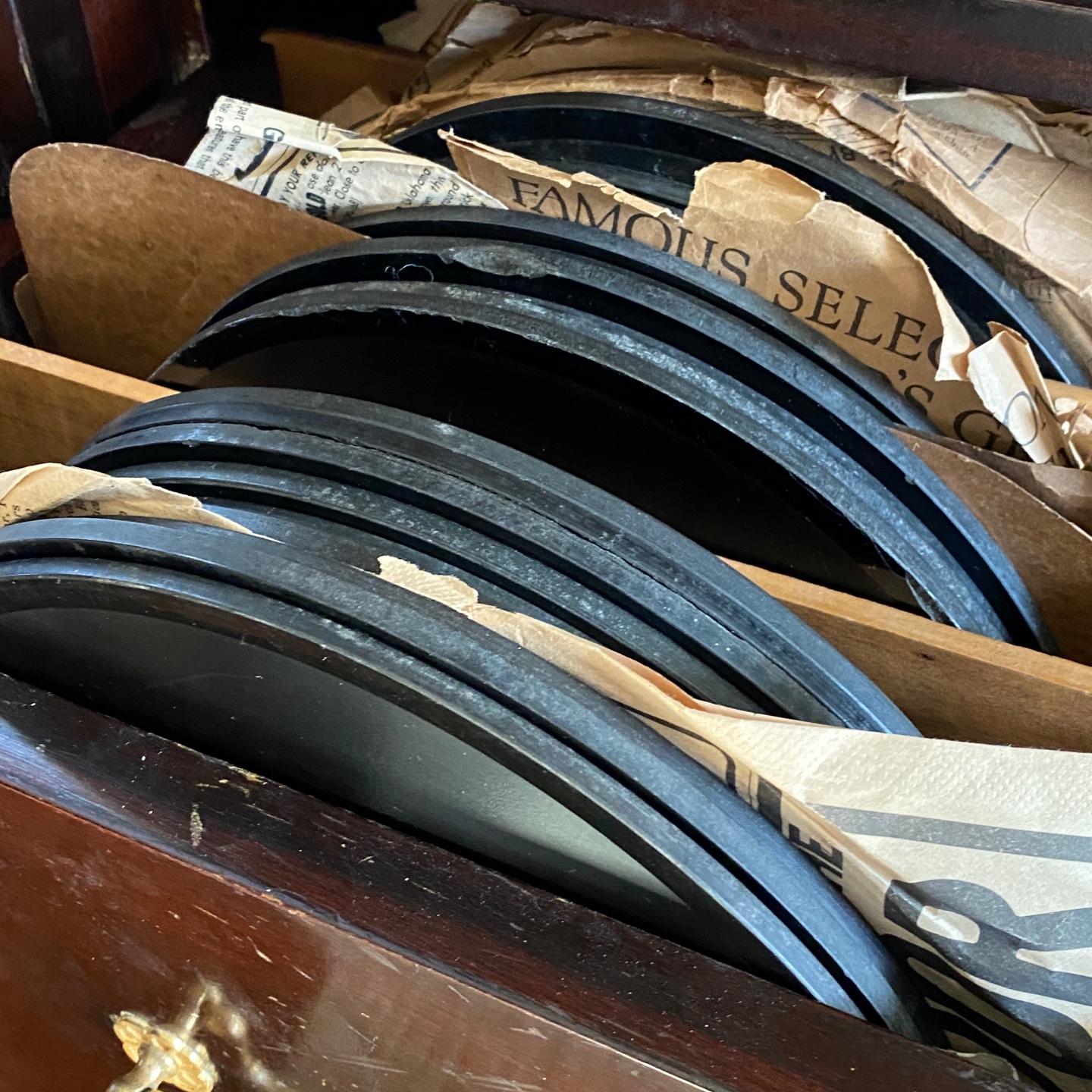 MaMere’s Guest House is a time machine. Many are transported to a different era by just a glance at the vivacious Victorian building on the corner of Jackson and Knox streets in Monmouth, Oregon. And if you give yourself the opportunity (and you allow yourself to shut off your phone) you too could find yourself experiencing a different epoch.

There is something for every sense at MaMere’s Guest House. Indeed, crossing the threshold exposes one to the sight of master detail carpentry, the feel of ornate brass door knobs, and the smell of history. But the SOUNDS! We could ramble on about creaky floors and clunky plumbing, but the early 20th century is best felt in the music.

Cue our latest historical addition, our 1912 Edison Phonograph kept lovingly in our family. To the undiscerning eye it appears to be some sort of cabinet. Opening the top reveals a round felt pad where the heavy proprietary discs sit and spin under a comically shaped brass arm tipped with a diamond stylus. After giving the machine power with the hand crank (15 cranks is my magic number for one side of a record) the record is set to spin with a switch. Slowly dropping the stylus onto the record immediately produces the characteristic hisses and pops of a century old recording that makes me feel like I’m in the height of the era of invention. A thin monophonic recording begins to drift delicately into the room as the the diamond stylus navigates the grooves and troughs of the pressed disc and amplifies it via the hidden bell in the middle of the phonograph. Suddenly, 1912 seems like just yesterday as if this old victorian boarding house were the perfect auditorium for an old marching tune or ballad.

The records and the recordings pressed onto them reveal a glimpse into an era and culture not yet aware of a world war. Each disc only features one song per side (15 cranks per song). Our collection of over 200 discs features song titles to appeal to all ages (ie. Ain’t nobody’s darling, the prisoner’s song) that are underscored by waltzes, medleys, orchestras and symphonies. An interesting trend that I discovered when deep diving into our collection was that several songs were inspired by or included Hawaiian music and instruments. While they sound a bit cartoonish to my ears, whose to say what was considered serious or casual listening then. If you can shed some light on this peculiar trend please come visit and enlighten me.

Truly music abounds in and around our block of town. In the summer the city has our weekly Music in the Park series just across the street that you can enjoy by crossing the street or lounging in our gazebo. Dry town Tap Station, a popular drinking hole just next to the park, also features live music on the weekends when the weather is nice. Western Oregon University has feature performances frequently at the auditorium just a block north from MaMere’s Guest House to showcase the many talents of budding professional artists, including the Smith Fine Arts. You can even sometimes catch the impressive rehearsals and practices that drift out of an open window on campus or otherwise. I’ve frequently heard phrases from a lone trumpet somewhere in the stratosphere playing the iconic “Force Theme” from star wars. If you know you know. Also, check out the music lineups at the many local wineries nearby.

Come enjoy the many melodies that float in and around our little corner of the Pacific Northwest at MaMere’s Guest House! 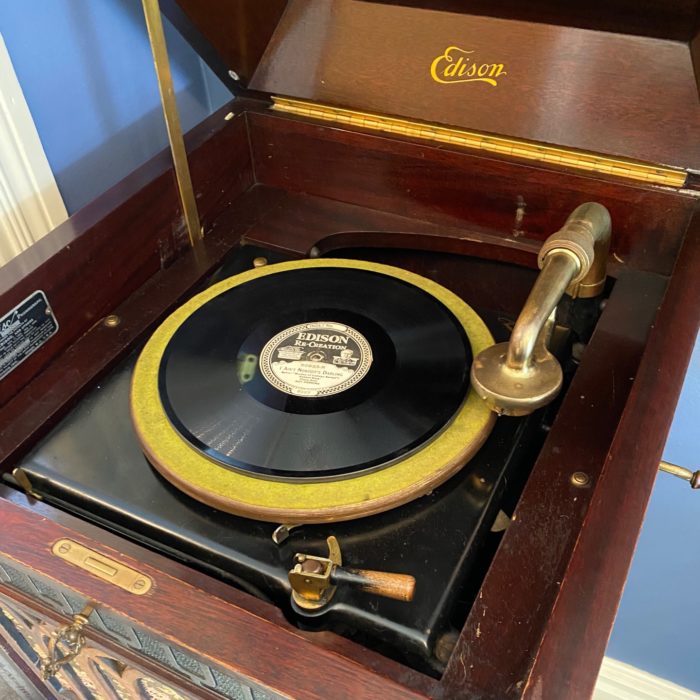 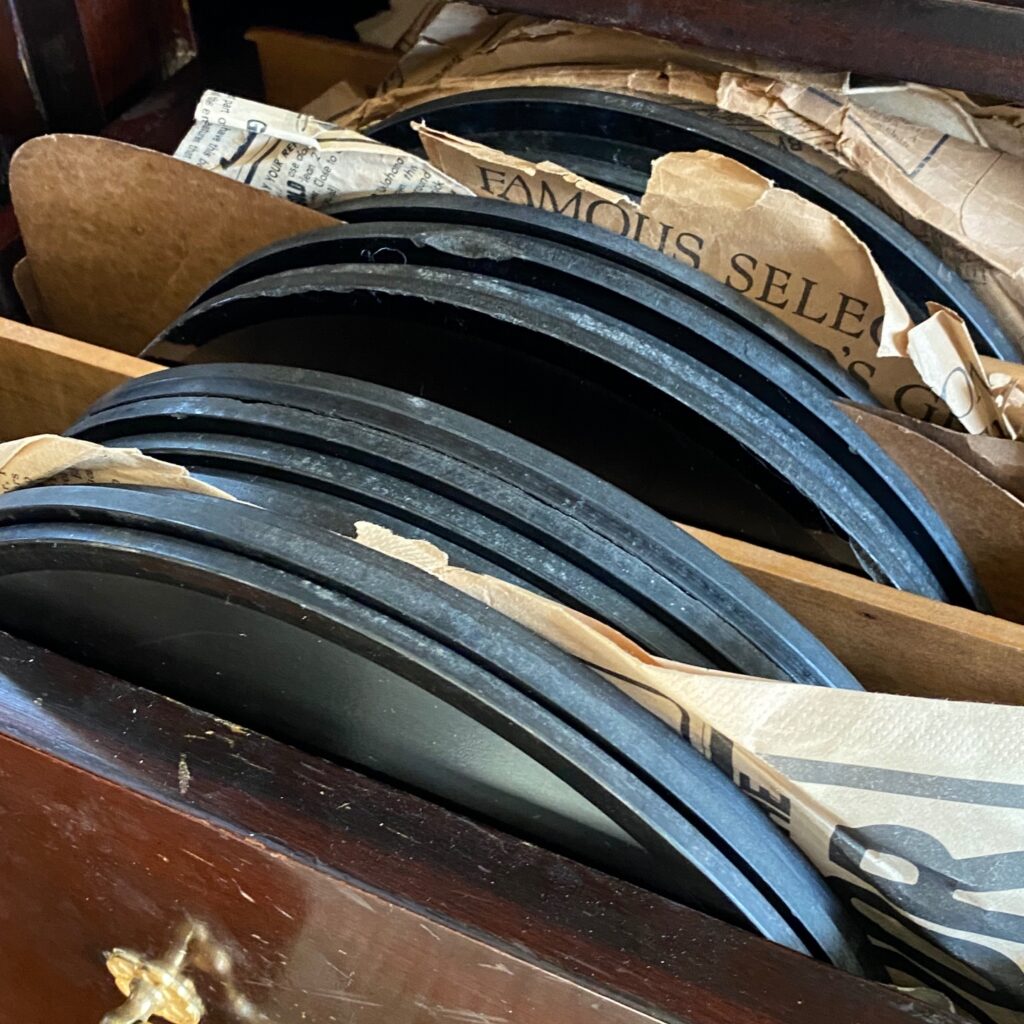